Camp Hollybrook, self publishing, stripped, tales from the underground

There has been a lot of conversation over the past few years about self-publishing. Once the red-headed stepchild of the literary world, it has increased significantly in both quality and respect. This has caused a great number of authors to wonder why anyone even bothers with the traditional route. I’m not going to argue the pros and cons of each, but I will share this one thought that I only recently discovered:

I’ve been taking a bunch of short stories (most previously published in print anthologies or e-zines) and collecting them into a three-volume series titled Tales From The Underground. Volume 1 has just gone live on Amazon and Barnes and Noble. I’m working on volumes 2 and 3 for release in July and August, with a possible print collection of all three volumes soon afterwards.

This all sounded like a grand idea when I thought of it. I went through the stories and re-wrote the heck out of them. Some of the rewrites were pretty extensive. One story dropped from 4,400 words (original publishing) to 3,200 words (for the new anthology). Another story went through 26 rewrites before I was happy enough to send it to the editor. That’s all part of the process; I’m used to self-editing before sending it off. It’s kind of like cleaning your house before the cleaning service shows up. You don’t want them to see a complete mess or they’ll walk right out. Wait, what? That’s not how it really works with a cleaning service? Well with editing it does. 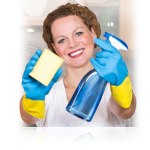 And after I shank your dumb ass, I’ll use this to clean up the blood!

Anyway, once I was as happy as could be and the file was sent off for professional editing, I got to work on the other stuff. It doesn’t sound like a lot, but my last few weeks have been fully absorbed with editing, reviewing and rewriting, formatting, designing, reformatting, testing, reformatting, testing, tweaking, reformatting, testing…you get the picture. I kind of like doing it (which is good, since I’ve only finished volume 1 of 3), but it did manage to keep me from doing the most important part of the process, the one without which there would be nothing else: writing. I haven’t written more than a few hundred words here and there, probably less than 5k in June so far. That sucks.

Where am I going with all this? Am I just bitching? Sure I am, but I have another point. When I write a book, I edit and rewrite at least 5-10 times before I’m comfortable sending it off for consideration. I don’t claim to know how much work goes into preparing a novel on the publication end, but if a few short stories took me this long, I think I can imagine. I’ll state it again: it’s damn hard, it’s very time consuming, and unless you’re happy putting out shit in the hopes that someone will see through your typos, it’s gonna cost you.

Yeah, keep believing that, smart guy. That shit only works on Facebook.

To all the good folks who self pub and do it right, I salute you. I mean that with complete honesty. For the rest of you, if you’re thinking of going it alone, remember that there’s more to a book than a bunch of words. Work your story (like you should anyway), but then pay whatever you can for a good editor. You know you didn’t catch everything. Pay for a good cover, or make on that doesn’t suck (that means getting unbiased opinions), and don’t forget about a good font. A few weeks ago I thought there might be a few hundred or so fonts in the world. Now I have almost 30gb worth. It can take a long time to find the right one. When you finally put it all together, test it Test It TEST IT. If you find yourself looking at it like Ed Wood with a “Meh, readers will be able to look past that once they realize my brilliance”…you’re wrong.

For me, I’m going to get back to working on the artwork for volume 2 and the “pre-editing” for volume 3, because it is kinda fun. I’m also going to get back to writing, because without that there’s nothing to publish. Also, when I finish the final edit of my submarine novel, I’ll be sending it out to publishers just like I did with Stripped and Camp Hollybrook. I’ll leave that sort of work to the experts.

Final note: as this is the internet, let me reiterate that the above opinions are based on my very first effort at putting something together. In no way should they be interpreted as my “expertise” in something I’ve done all of once. I’m sure there are plenty of good people who have self-published a few thousand times and would think I’m full of crap. These are just my thoughts.

And this is a puppy.

Error: Twitter did not respond. Please wait a few minutes and refresh this page.